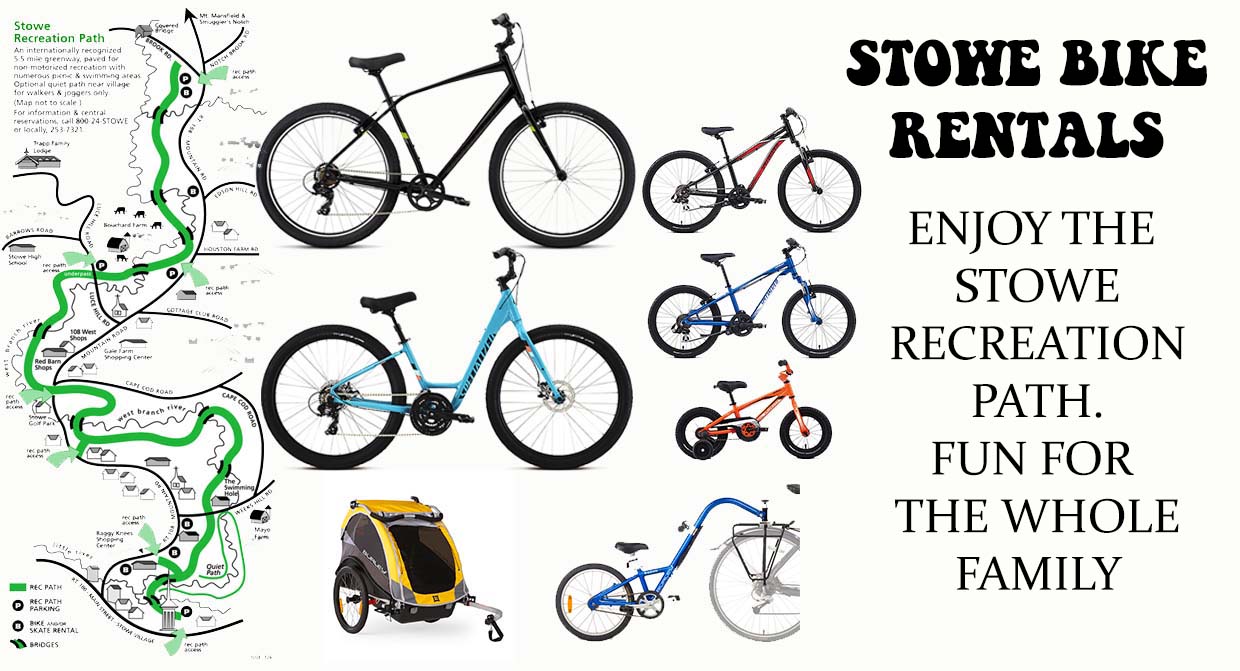 The 5.5-mile paved trail starts in Stowe Village, next to the Stowe Congregational church, winds its way through the woods and meadows, and crosses the West Branch River 11 times on arched wooden bridges.

Some of these honors include:

The majority of the 186,000 dollars raised privately was acquired by selling pieces of the path: an inch cost $2, a foot was $15, and a yard was $45. Many people bought these sections, and a good deal of money was raised though the Bike Path is maintained using tax money.